Islam quotes are texts taken from the Qur’an and Sunnah or inspired by the teachings of the Islamic religion by Arab and Muslim sheikhs and thinkers.

The comprehensiveness of the Islamic religion makes you able to be inspired and find the answers that you usually wonder about in all aspects of life, faith, work, your relationship with people, yourself and God.

Strong faith and firm beliefs are the core of the Islamic religion and the weapon that distinguishes the strong Muslim from the weak.

When the call of Prophet Muhammad, may God bless him and grant him peace, began, most of the first revealed verses of the Qur’an were more about heartfelt acts of worship, the status of faith and believers’ place in heaven than the verses of Fiqh and religious manifestations.

these are some well-gathered Islam quotes that give you patience and push you to be a better person and Muslim every day: 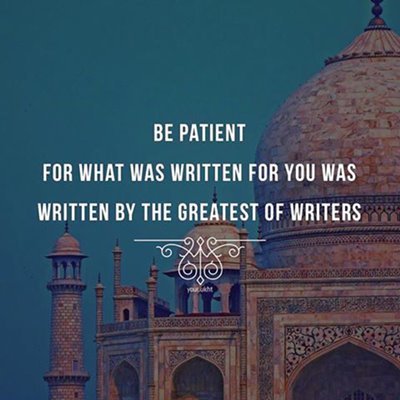 “To be a Muslim is much more than just going to the Mosque. Allah seeks for your Attention, not your Attendance.”

“To be afraid of God is not by fasting, or by praying Qiam and switching between. Rather, God-fearing is leaving what God has forbidden and performing what God has made obligatory. So whoever is provided with good after that is good for good’’.

“By God, besides whom there is no god, there is nothing on the face of the earth that is more in need of a length of imprisonment than a tongue’’.

(DO NOT BE A TROOP. They said, “And what is a Troop?” He said: He says: “I am with the people, if they are guided, I will be guided, and if they go astray, I will go astray. Except for one of you to make himself feel that if the people disbelieve, he does not disbelieve”).

“Glory be to the one who has mercy on his servant by afflicting him’’.

“Islam does not oppose true science, useful art, or good civilization, and it is an easy, spacious, flexible religion.

“ I have not seen a thing like the female’s place in Islam, her father enters heaven as a child.. and completes half of her husband’s religion as a young woman.. And heaven is under her feet as a mother’’.

The influence of Islam Quotes

With the spread of these Islam quotes and wonderful sayings, we can deliver the true meaning of the Islamic religion. then, we can change the wrong image of Islam among foreigners and show the main goal of Islam.

It is not based on wars or violating the freedoms of others. It seeks to improve the morals and behavior of the individual, and this change is by his full will.

Imam Ali, the cousin of the Prophet Muhammad, is the fourth of the Rightly-Guided Caliphs and one of the famous sages of the Islamic religion. Therefore, he is one of the most popular companions whose words and life views have been immortalized in books. Hence, they are still common among youth up until now.

Some of his pithy quotes 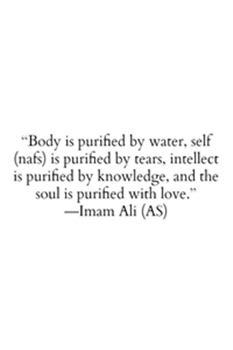 “HE WHO INDULGES IN kidding  AND LOSE THE POINT OF HIS  SPEECH, LOSES A PART OF HIS WISDOM’’.

It is like what prophet Mohamed said in a Hadith “ Too much laughter kills the heart ’’.

“The evil of faith is that which is entered by doubt, and the evil of self-ethics is injustice’’.

“Excessive humility indicates the integrity of honour, and excessive arrogance leads to corruption’’.

“If the world comes to someone, it lends him the merits of others, and if it turns away from him, it takes away the merits of himself’’. 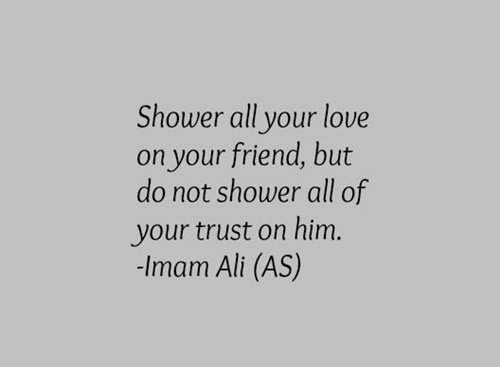 some of Imam Ali sayings about life

“Know the right thing to do, then you would know the good people. Morals Are not measured by its men, but men are measured by their morals”.

Words are your power and weapon sometimes, which is why Imam Ali says, “Speak only when your words are more beneficial than your silence”

Quotes about Islam by Non-Muslims

Even those who did not embrace Islam were able to see the beauty of this peaceful religion and admire its tolerant teachings.
Throughout history, many politicians, media figures and influencers have confessed their admiration for Islam.

“Islam gives hope and peace to millions of people in the United States. hence, to another billion Muslims worldwide”

“The redemption of the human soul, Within Our sensitive heart, there is a direct connection to God, I have respect for all faiths. But what I’m talking about is not faith or belief. I’m talking about spirituality”.

“Muhammad came with a great principle for the world, and religion, if humanity was fair, would have taken it as a creed and a platform to follow in its light, and Muhammad was great in his morals, great in his qualities, great in his religion and his law”.

“Islam saved the world from decadence and chaos. And the Noble Qur’an restored to millions of people awareness of the Islamic dimension and gave them a new spirit”.