It is very important to know everything about the Holy Quran, like who wrote the Quran? This great holy book is a miracle from Allah to all Muslims. Indubitably, each prophet sent by Allah got some miracles to show to his people. The significance of those marvels was to prove the existence of God. Prophet Isa’s sign was to cure the leper and the blind. The prophet Musa’s miracles were his glowing hand and his stick that changed into a huge snack. Prophet Soliman was talking to every creature in this world such as animals, insects, and even the jinn. Our great Holy Quran is a miracle because it telling old stories, future happenings, and scientific facts.

“This day I have perfected for you your religion, and have bestowed upon you My bounty in full measure, and have been pleased to assign for you Islam as your religion. (Follow, then, the lawful and unlawful bounds enjoined upon you.” (3)

The Holy Quran is an extraordinary book that Allah sent to us to act as a guidebook for our entire life. Allah kept it from any alteration or falsification. Quran is the last part of the message that started from the prophet Ibrahim ending with the prophet Mohammed (PBUH). It is the latest and updated heavenly book and Islam is the final religion sent by Allah to mankind.

Who wrote the Quran?

If you think that the beloved prophet Mohammed (PBUH) wrote the Quran, sorry this is not correct. Some Muslims especially those who are new, believe that Allah wrote it and sent it to Muhammed. The real fact actually is slightly different because of many reasons. Allah has revealed the Holy Quran to the prophet Mohammed (PBUH) through Gabriel, the angel. Then the Prophet recited the verses such as listened and his companions memorized them. Some of the followers were writing the ayat on anything around such as stones and leaves.

So we are still stuck, who wrote the Quran? How did it change from some revealed words and verses into a Holy Book? The journey started after the death of our beloved Mohammed (PBUH). The caliph Abou Bakr asked to collect all the written pieces together. He charged the companion Zaid bn Thabit to gather the Quran from the written parts and to compare with the reversed ayat. It took them years to collect and write every single word and aya in the same order. The caliph Uthman, the third Muslim caliph, commanded to write the Holy Quran in a book and to send a copy for every Muslim country.

When was the Quran written? 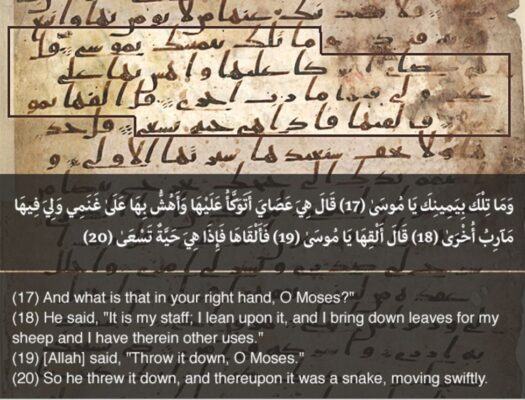 After our beloved prophet Mohammed (PBUH) died, his companions kept the holy Quran inside their hearts. They were reciting it every day to memorize it. Many of the early Muslims had their own written verses. After the kill of a number of those Muslim scribes in the Ymama Battle, there was a fear that who will keep the Quran. The first Muslim caliph Abou Bakr recognized that he should collect the Holy Quran. He asked Zaid bn Thabit, Omar bn Al-Khattab, and two witnesses to start gathering all written and verified verses. Ziad and Omar had very good and verified memory and both had kept the entire Quran. The witnesses are very reliable to testify the verses.

In the time of the third caliph, Uthman bin Affan, many new Muslims started to recite the Holy Quran in a different way. The variable pronunciation of the Quranic words among Muslims made the caliph worry about the future of Islam. He decided to write verified copies and send them to the other countries to unite the recitation of the Holy Quran. Uthman ordered Zaid and other companions to destroy all other copies so that all Quran books are the same just like his certified version. Now we know the answer to this question, who wrote the Quran?

The Quran in English

Arabs are famous for their good speaking using different meanings and difficult words. Allah sent the Holy Quran in Arabic using a beautiful way because it is their miracle. When we searched for “who wrote the Quran?” we found also why they collected and wrote it. So, what about the non-Arabic people? What about those who are reading the Holy Quran in English, French, Urdu, and other languages? Is it OK to read the words of Allah in a different language? Is it the same in meaning?

First, the versions of the Holy Quranic ayat in different languages are just translations. They are illustrating the meaning of the verse to understand it well. If you want to recite or memorize, you have to do it in Arabic. If you need help in pronunciation, you can ask us because we offer variable courses to learn, memorize, and recite the Holy Quran.

How long is the Quran?

The Holy Quran consists of 114 chapters each called Surah. Every chapter or surah has its own number of verses called Ayat. Chapters are different from each other in length. Also, chapters are classified according to the place of their revelation. They can be Meccan or Medinan. Allah sent the Meccan chapters to the prophet Mohammed before the migration, in Mecca. The Medinan chapters Allah sent them in Madina after the migration. However, a sūrah classified as Medinan may contain Meccan verses in it and vice versa. The chapters’ names indicate the issue of the text written or the people. The chapters are not arranged depending on their timing, they appear to be in the order of decreasing size. Actually, the style of their arrangement is not sure. Each chapter (surah) except the ninth one starts with the Basmala (بسم الله الرحمن الرحيم) meaning “In the name of God.”

You can find all the information and the methods to recite the Holy Quran . This website offers qualified and experienced tutors that would be very helpful to you. Memorization of the Holy Quran may take some time because you should first understand the meanings of the verses. They are trained to teach non-Arabic speaking people so they are very friendly. You can find classes for men, women, and kids.