Quran in the Arabic language came down in the language of its people, God sent Muhammad -peace and blessings be upon him- a prophet to the people of Makkah and made him the seal of the prophets just as he made the Noble Qur’an the last of the divine books. And there were several reasons with a distant perspective WHY ALLAH SENT QURAN IN THE ARABIC LANGUAGE?.

Quran is in the Arabic language for many reasons

1-Quran has to be a miracle

They were able to manipulate with meanings and had extensive tricks in the science of rhetoric. They had the ability to write and memorize hundreds of verses of poetry, with multiple rhymes and weights, and that was what they excel in at most besides trading. Therefore, the Qur’an came down to be a disability and a miracle for them at the same time. For example, They could not understand the meanings of the separated letters at the beginning of some Suras, such as the following verse In Surat Al-A’raf start:

So Quran in Arabic was wonderful and beautiful for them and it was a method not only for learning the rulings of religion but learning the Arabic language as well.

It is a wonder even for Arabians!! 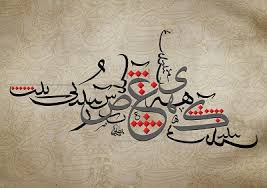 The Arabic language has always been ideal for accuracy and comprehensiveness. Each name has its own meaning, and there aren’t two things that have the same name. There must be a difference, even if it is in a vowel or a letter.

for instance, In the Arabic language:

There is also a “they” for two males, “HUMAA”

And a “they” for two females, “HAATAAN”.

3- the word has synonyms

The Arabic language is rich in vocabulary and it is the most word-containing language in the world. A simple example is that the lion in the Arabic language has 1500 names. This diversity of meanings and vocabulary made the Qur’an has its own character that no one can do something like it. One of the wonders of this language is that you can arrange words in more than one way and every time you get a new and correct meaning.

reading Quran in the Arabic language

God has commanded Muslims to read the Qur’an in Arabic and learn The correct reading of the verses to avoid distorting the meaning or mistakenly understanding the provisions of the Qur’an. And in order to reach that, you have to learn the provisions of intonation through reading and continuous listening, which is not difficult today at the age of the Internet.

{Or add to it, and recite the Qur’ān with measured recitation}. Al-Muzzammil (verse 4)

verse of Quran in the Arabic language

“We have sent it down as an Arabic Qur’an so you people
may understand/use reason”. Youssef (verse 2)

“A Book whereof the Verses are explained in detail, a Qur’an in Arabic for people who know”. fusilat (verse 3)

God demonstrates that He sent the Holy Qur’an in the Arabic language in order to reach all people because of what the language possesses of elements that qualify it for that.

the reward for people read Quran in the Arabic language

The Prophet once said, “One who recites the Quran beautifully, smoothly and precisely will be in the company of noble angels, As for the one who recites it with difficulty, stammering or stumbling through its verses, (s)he will have twice that reward”. (Agreed on)

And this means that God rewards everyone who reads the Qur’an, whether he is skilled, reads thoughtfully, or is still trying to learn.

Based on that, the Qur’an will be an intercessor for its companion on the Day of Resurrection, and the balance of his good deeds will be weighed down and his status will be exalted by God.

In addition to the lessons of teaching Qur’an reading and Tajweed that you can register in at the nearest mosque to you, educational courses that teach intonation are available in most Islamic sites. Some of which provide weekly sessions with specialized professors to recite the Qur’an to them and correct mistakes if any was found. You can also view the Tajweed books that contain verses of poetry that facilitate memorizing the rules of al-Izhar, al-Idgham and al-Ikhfa’.

Furthermore, there are videos on YouTube Which clarifies the correct exits from the nose and mouth of each letter of the language. Also teaching how the exits of some letters change in specific places in the Holy Qur’an when combined with others, as is the case of the letters Meem and Noon at al-Idgham or in specific words such as the letter Baa in Ikhfa’.

The Arabic language has its own letter

Besides being the most common language that contains vocabulary, as we mentioned, the Arabic language has a letter of the twenty-eighth ones which is not pronounced in any other language. The letter daad comes out from the edges of the tongue with what is adjacent to it from the upper molars, which is its own way of pronunciation.

The translation of the Qur’an requires hard work and a team of translators specialized in the religious and linguistic fields to try to approximate the meaning in the most possible way and formulate it in an elaborate manner commensurate with the status of the Holy Qur’an.

He is an Egyptian professor and the head of the Islamic center at the University of London. His work is one of the best translations of the Qur’an into English.

He was the first non-Arab Muslim to translate Quran.

It is an accurate and easy translation because of the strength of its language and its reliance on the interpretation of al-Tabari and Ibn Kathir.