Prophet Issa in Quran has a great placement. Not only because his birth was a tremendous miracle in history, but because his arrival and his initiation of the call to the Christian religion brought about a massive change in people’s conception of God, religion and worship. It erased the extremism that was prevalent in this particular era.

Is the word ‘Jesus’ ever mentioned in the Quran?

God also mentioned prophet Issa by other titles and nicknames about 52 times.

Why did God mention Issa name in the Quran more than prophet Muhammed?

Most likely, that is because of the direct speech between God Almighty and the Prophet Muhammad through Gabriel, peace be upon him.

When you address a person, you rarely mention his name, but instead, you call him by pronouns.

What does the word ‘Issa’ mean?

Issa is an Arabic name, of Hebrew origin, from the word Joshua. Some indicate that the name has Greek origins also from the word Isos, but scholars have clarified that this is a false claim.

In the Arabic language, Al-Eis is the white-coloured camel while the name Issa is an Arabic word that means “the salvation of God”. God gave this name to the prophet Issa as the rescuer who saved his people by calling them to worship Allah, the One and Only God.

Verses of Issa in Quran

The Prophet Issa is one of the most mentioned people in the Holy Qur’an. The Qur’an tells the story of his birth in a Surah named after his mother, Maryam, peace be upon her, in chapter 19, and it is the only Surah named after a woman in the Qur’an.

The miracles of the Prophet Jesus, peace be upon him, were great and marvelous in a way that made everyone who saw them believe in the existence of the God who sent this great prophet.

Miracles of prophet Issa in Quran

Al-Masih Issa was able to restore sight to the blind, heal the lepers, revive the dead by God’s will, and inform people of what is inside their homes of food and drink, inspired by God Almighty.

Allah sent down a table full of various food and drink to support Jesus and the Apostles, and that day became a feast for the Christians celebrated every year.

In addition to mentioning the miracles that God singled out for Jesus, the Quran tells the stories of his peaceful call to the Christian religion, and the attempted murders he was subjected to by opponents of his call.

The Prophet Issa in Surat Maryam

After the birth of Mary to the Prophet Jesus, people asked about the father of the child, so God Almighty pronounced the infant to show people that this birth was a miracle foretelling of a new prophet carrying a message to the whole world.

(He said: “I am indeed a servant of Allah: He hath given me revelation and made me a prophet).

People differed in their belief in the Prophet Issa, just as the Christian sects differed and split up later on.

Issa Masih: What does this title mean? 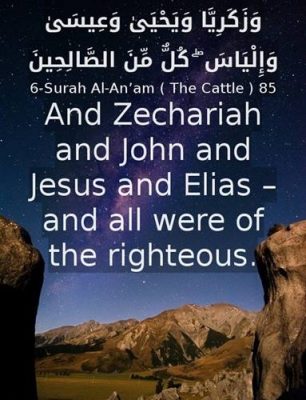 ‘Masih’ is a name given by God to prophet Issa that points to both its mission and place to god.

Isa Masih means the Savior, Messiah, the anointed or promised one. According to Ibn Abbas, (Jesus was given this name because he touched various ill people and cured them with the permission of Allah). (see al-Qurtubi, 4/89)

The prophet has many names and titles mentioned in the Quran other than Issa (Isa) and Al-Masih.

The Arabic word Ruhullah (Arabic: روح ‌الله‎) means “spirit of God”. Ruh can also mean the blowing of breath, a metaphor to the conception of Isa, which happened when the angel Jibril blew his breath onto Maryam’s collar. god Icalled Issa Ruhullah 11 times in the Quran.

As God mentioned in the Quran and came in Hadith, Isa and his mother Maryam were the two people who the Shaitan did not come across, and so they were sinless, so Isa is called a pure boy (Arabic: غُلَٰمًا زَكِيًّا‎)

God mentioned Issa as the pure boy nine times in the Quran. 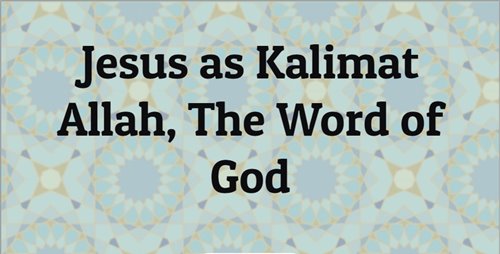 Issa is called Kalima (word), Allah (word of God) six times in the Quran. God made the prophet speak as an infant to be a miracle for his people.

In the Islamic religion people know that Issa, peace be upon him, was raised to God Almighty, and people did not crucify him.

Therefore, the return of Jesus will be one of the big signs of Resurrection Day. He will go down on earth to nullify the words of those who claim that he is a god. Allah called Issa four times an Āyah (Arabic: آيَة‎) ‘sign’ in the Quran.

God referred to Isaa as the “Word of Truth” or “Statement of Truth” when he spoke the truth as an infant in verse 34 of Maryam.

(Such (was) Jesus the son of Mary: (it is) a statement of truth, about which they (vainly) dispute).